Situated within the mass of construction that is currently Business Bay, one of Dubai’s most promising development projects, is The Oberoi Hotel. Ranked among the world’s best luxury hotel chains, the Business Bay location mark’s Indian hotel group’s first property in the UAE and its third in the Middle East, after Saudi Arabia and Egypt. It opened in 2013 and has since become a prime hotel for executive stays as well as for its selection of evening venues. I entered the hotel and was immediately greeted by staff dressed in regal Indian costumes.

Warmly welcomed, I was led to the reception where I was impressed by the effectiveness of the hotel’s staff. Now at 30 hotels worldwide, The Oberoi Group is one of the only hotel brands that has its own school of hotel management. This couldn’t have been more apparent throughout my stay. Service was top-notch at all times and staff were extremely friendly and gracious  – even to the point of being a bit too attentive during mealtimes.

My room was a club suite and situated up high with views of the pool deck below and the surrounding area. It was warmly decorated with touches of oriental artifacts, Modern art and contemporary furniture. Set out in light beige tones with bright hues and red, there was something familiar about the room so much so that it didn’t seem to belong to a hotel but to an upscale city apartment. This is what I found the charm of The Oberoi to be: its inviting and homely nature. The bathroom was opulent and featured marble floors, a see-through walk-in shower, large bathtub which was filled with red roses when I arrived and a double vanity. The floor-to-ceiling windows let in a beautiful glow of natural light. 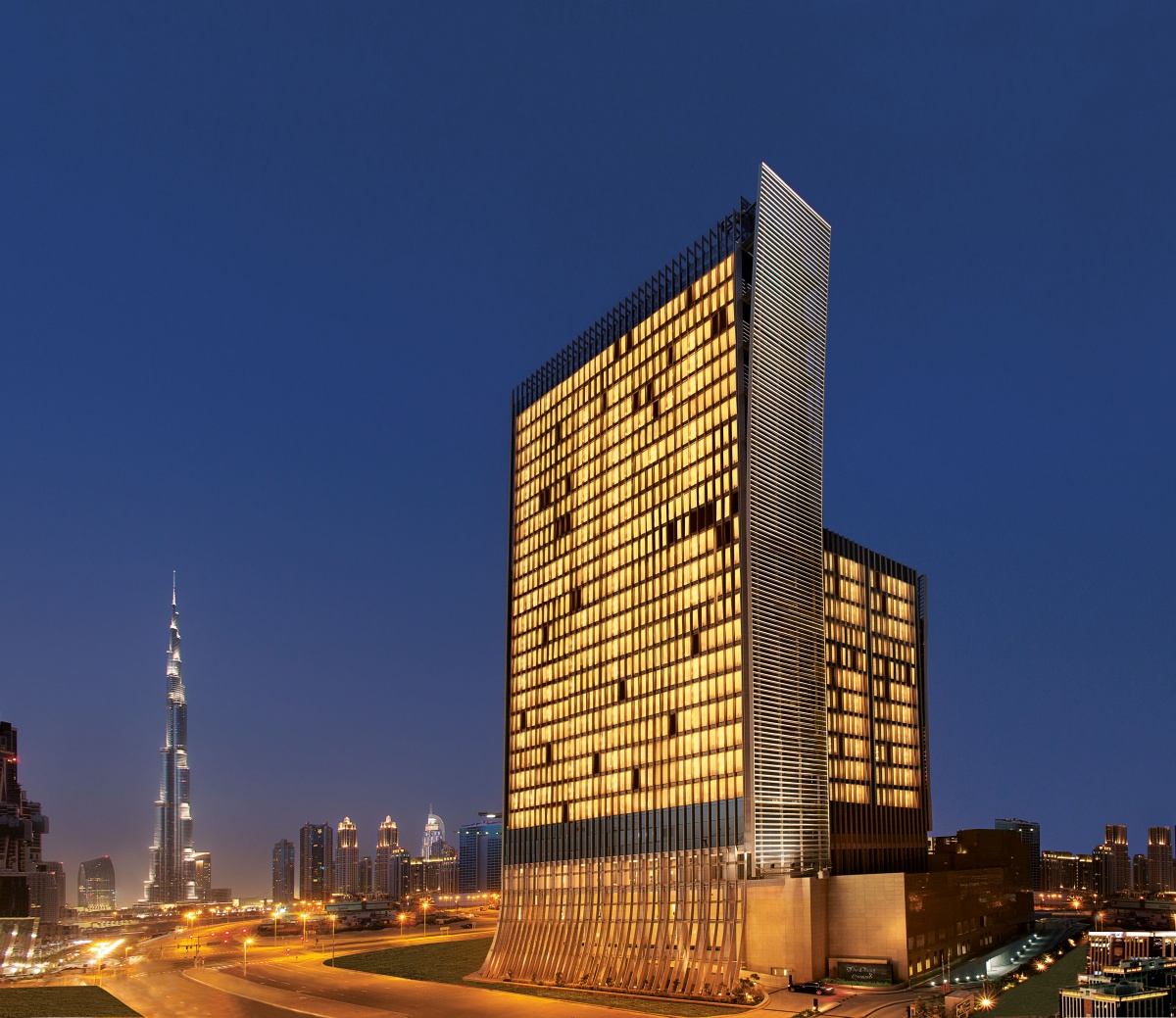 I had a one-hour signature massage at the 24-hour spa—the only spa in Dubai that is open for that duration seven days a week. Staff were from Indian and well-versed in ayurvedic practices as well as other wellness disciplines. The only thing I found missing was an adequate changing area with a steamer and sauna. This section is apparently scheduled to be built in the near future.

The scene at The Oberoi is bustling. Iris, the hotel’s rooftop bar which opened last year, is full almost every night of the week and often has live music. Earlier in the day I tried the Asian Express Lunch at Umai and was presented with a delicious array of Dim Sum, soups and a main course of fish. At once savory and located within a refined ambiance, it is a great place to retreat to during a busy work day for a quick bite. In the evening I ate at Ananta, the hotel’s star Indian restaurant. One is greeted immediately with live Hindusthani music. While not spacious and certainly not very Indian in decor, the place was full and the service was delightful. We were treated to a selection of Indian specialties from around the country presented in an authentic fashion with dipping bowls and flavorful Naan bread.

While the vast amount of nearby construction make the hotel difficult to reach, it does promise a charming haven of Indian hospitality. On the bright side, in the future it promises to be one of Dubai’s foremost spots for business. With its 252 rooms the hotel is small enough to exude a charming and homely ambiance that not many hotels have in the UAE. It is a wonderful addition to the city’s hotel landscape indeed.