A console that Design Days Dubai commissioned designer Jens Praet during his four-day Live Performance at last year’s Design Days Dubai fair, has been donated to the permanent collection of the Mint design museum. 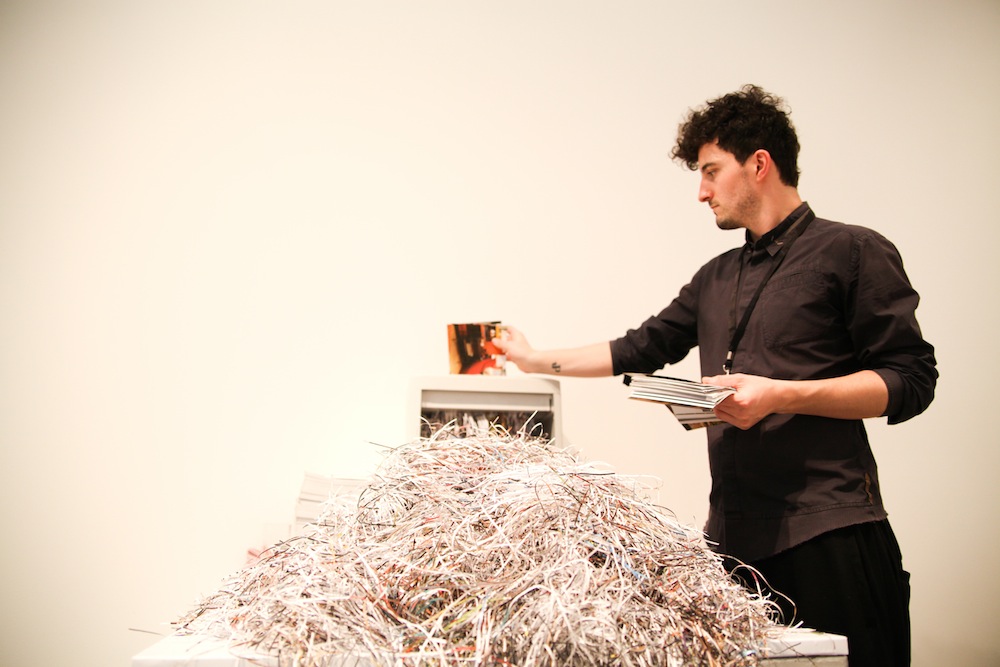 Made site-specific by the use of shredded copies of Harpers Bazaar Interiors Arabia as its primary material, the console also attracted the attention of His Highness Sheikh Mohamed bin Rashid Al Maktoum, Vice President and Prime Minister of the UAE and Ruler of Dubai, who singled it out during his tour of Design Days Dubai.

Cyril Zammit, Design Days Dubai Fair Director says “each year, we commission pieces from emerging designers to support contemporary design and focus buyers’ and media attention on alternative or new techniques. We are delighted to see that the UAE’s thriving market is reaching out to great institutions such as The Mint Museum, reconfirming Dubai’s position as a platform for art and design attracting a dynamic and diverse audience.” 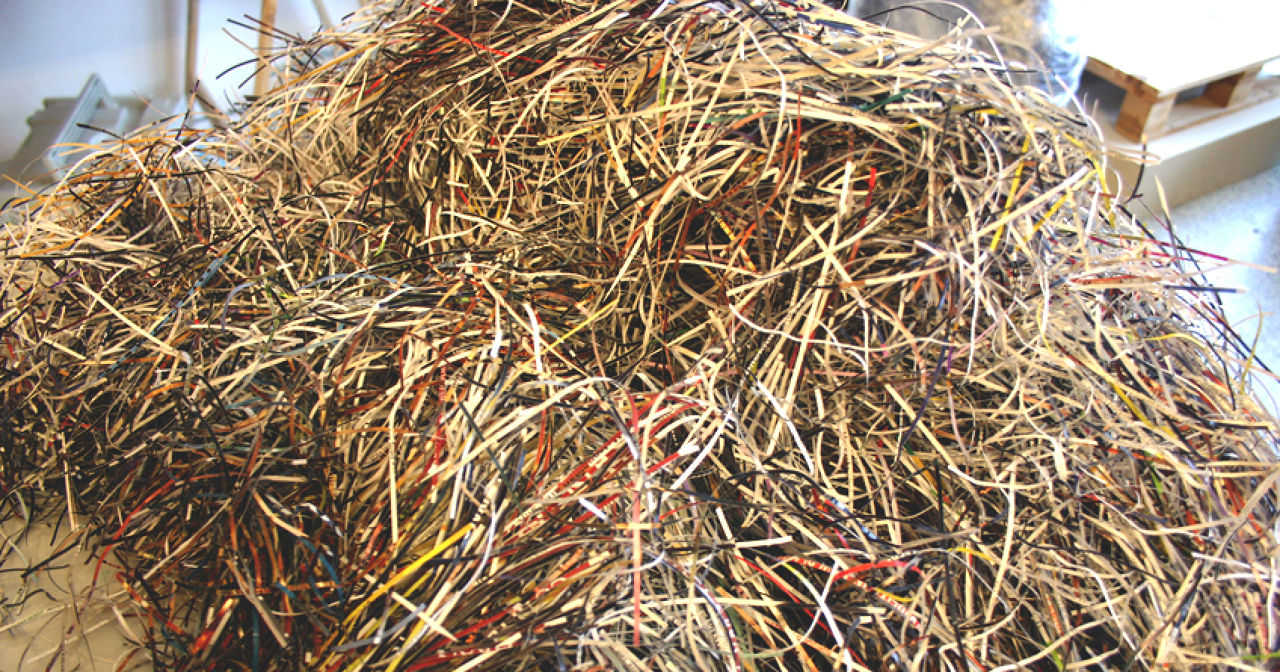 Annie Carlano, Senior Curator of Craft, Design, and Fashion at Mint Museum talked to Design Days Dubai about the donation of the console:

Sandra Lane: How did you become aware of the piece?

Annie Carlano: I met Jens at Design Miami in 2012 when he was exhibiting at Industry Gallery.  I had been following his career from its inception, but this was the first time I had seen actual work.  I knew immediately we had to have an example from his Shredded furniture series in the Mint’s collection.  With the help of Craig Applebaum, with whom I share a passion for 21st-century design, and who is a great friend of the Mint, we organised a dinner with our museum patrons and emerging international designers, Jens among them. 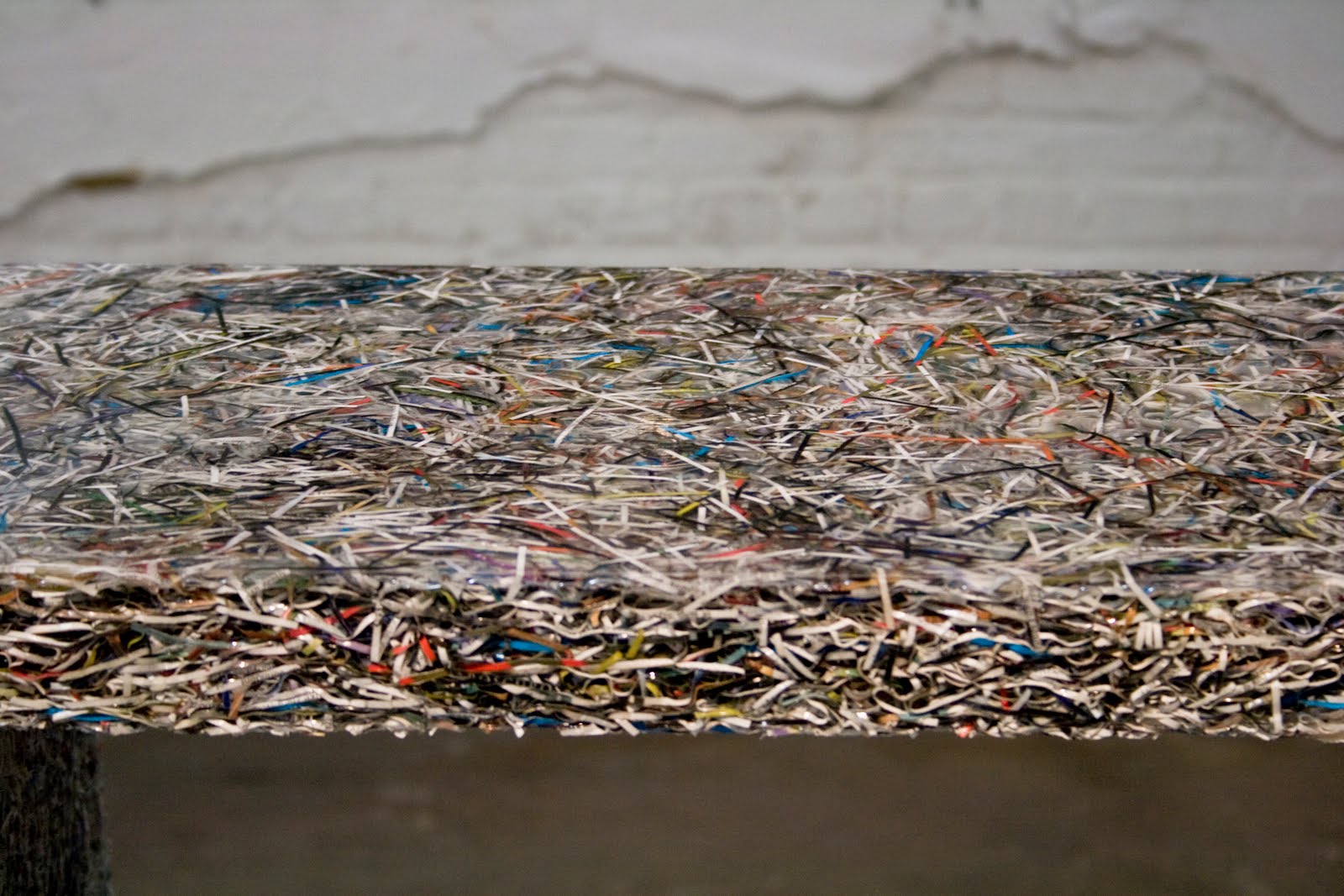 SL: Why did you choose the Dubai piece in particular?

AC: With the Shredded collection in general, I was struck by Jens’ innovative use of the humble material of shredded paper; he harnessed both its material properties and its cultural symbolism to great effect. With this particular piece, I felt that the shredded Harper’s Bazaar Interiors Arabia magazines and the fact that the piece was made at Design Days Dubai added further layers of meaning. These elements illustrate that the proliferation of paper is a global challenge and speak to the international nature of contemporary design.

SL: What does this console say to you about Jens’s work and the stage it represents in his development as a designer?

AC: The Mint Museum is committed to collecting, exhibiting, and interpreting innovative 21st-century design from around the world. Often, this leads us to younger or emerging designers [of which] Jens is an example. In 2007, when he opened his own studio and created the first Shredded pieces, Jens was barely into his twenties, and yet, his intelligence and creativity were immediately apparent in the thought process that led him to create them. Since then he has refined his ideas and established himself in the international design world. He is on the cusp of a long and fruitful career, and the Mint is fortunate to acquire a work from the collection that first made his name. And not just any work, but one with a fascinating back-story about its creation.

SL: What does Shredded Side Table say to you about the place of Jens – and of this particular object – in The Mint’s collection and in the wider arena of contemporary design?

AC: The Mint museum’s collection echoes the diversity of contemporary design today, and Jens Praet’s work resonates perfectly with our goals. Made by a Belgian designer active in Italy, commissioned and produced during a live performance at Design Days Dubai, a design fair in the United Arab Emirates, it truly allows us to bring the world to Charlotte. The Shredded Side Table will engage viewers from the city, the region, and beyond in thinking about paper as a material and about the role of designers in society.

SL: Have you decided where and how it will be displayed?

AC: A piece as nuanced as the Shredded Side Table lends itself to a variety of options for display. A natural place might be in the museum’s design gallery, where objects range from industrial appliances to major commissions by Ayala Serfaty and Ted Noten. Jens’s work would fit equally well in our furniture gallery. The collection is strong in furniture made in a studio setting, which…[has] tended to be labeled as ‘craft’ rather than ‘design’. However, nowadays, the distinction between craft and design is more fluid than ever, and likewise, the Mint’s furniture collection is growing to include works by makers who call themselves designers. Additionally, the Shredded Side Table could be highlighted… in a public area in the museum.