12 Countries Why You Should Go There Now | Design Home

12 Countries Why You Should Go There Now

We travel to experience something different, to go places our friends haven’t been and regale them with our backpacking tales of far off countries when we get back, but these days everyone seems to be on the same trail. If you’re looking to get off the beaten track this year then maybe you should try one of these countries.

Whether it’s due to geographical location or a turbulent history, the following countries have amazing sights and cultures to offer but have stayed under the radar. This isn’t an exhaustive list and they aren’t necessarily the least visited in the world (otherwise you’d be left with a list of tiny islands and Liechtenstein) but they certainly might inspire you! 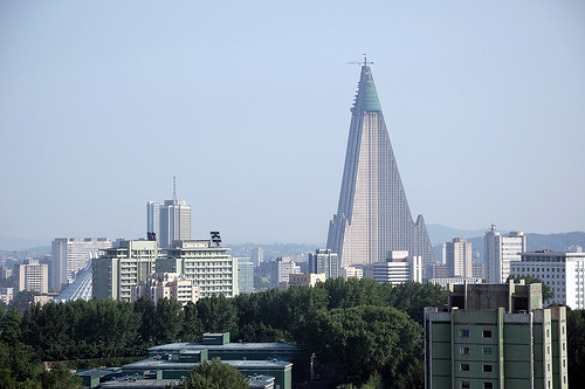 North Korea is one of the most secretive societies and one of the few countries that are still under communist rule, so if you want to see the ‘last bastion’ of communism, now is the time to go. North Korea’s nuclear weapons program has maintained its isolated position from the rest of the world and the country is governed by the ‘Juche’ principal of self reliance, handed down by the Kim Dynasty.

Almost untouched by tourism, North Korea lets in very few westerners each year and you enter strictly on the government’s terms with an approved tour guide. Tour guides will tend to stick to their one-sided version of history and will want to stick to the main sites, but if you’re prepared for that then it’s worth doing. The only main transport hub to North Korea is through Beijing, where you can catch a train or a flight to the capital, Pyongyang.  North Korea attracts people for its backwardness and this country is certainly off the beaten track. 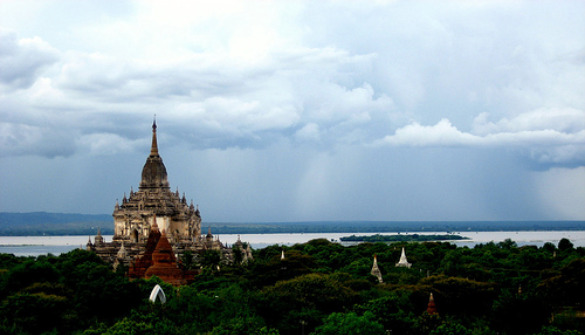 Otherwise known as Burma, but officially called the ‘Union of Myanmar’ these days, Myanmar is the authentic Asia. The country borders with Thailand, India, Bangladesh, Laos, China and the Bay of Bengal and stretches from the ocean to the Eastern Himalayan mountain range. Myanmar is ruled by a military junta which wields absolute power, suppresses dissent and is accused of gross human rights abuses. Myanmar is isolated by the international community and so many travelers don’t go there, but the gentle, hospitable inhabitants aren’t anything like the tyrannical regime.

This mysterious and undiscovered nation will make you feel like you’ve gone back in time; it’s a breathtaking country with plenty of charm, but still very much behind the modern world.  Myanmar offers amazing beaches, snow-capped mountains, jungle, ancient cities and Buddhist monuments. 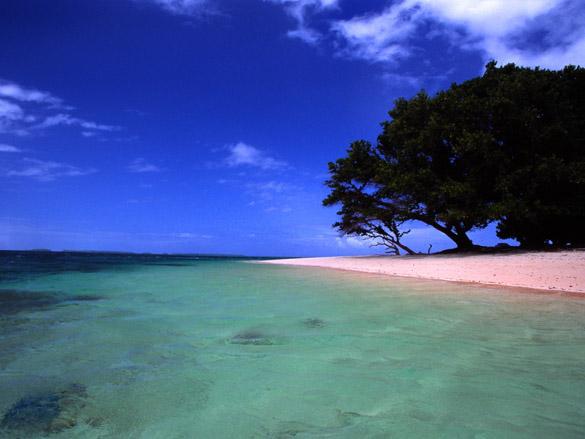 The Republic of the Marshall Islands is a string of narrow islands and coral atolls in the middle of the Pacific Ocean and attained independence in 1986. The US tested nuclear weapons in the Marshall Islands after World War II and claims are still going on between the two countries. The islands were first settled by the Micronesians, were visited by the Spanish and British, colonized by the Germans and occupied by the Japanese, but  after several battles during World War II, the U.S. seized them from Japan and in 1947, the UN made the island group a U.S. trust territory.

The capital atoll is Majuro, which houses the central government, most of the country’s businesses, and an estimated 50% of the country’s population.  The Marshallese have adapted to the ocean environment and are expert fishermen. 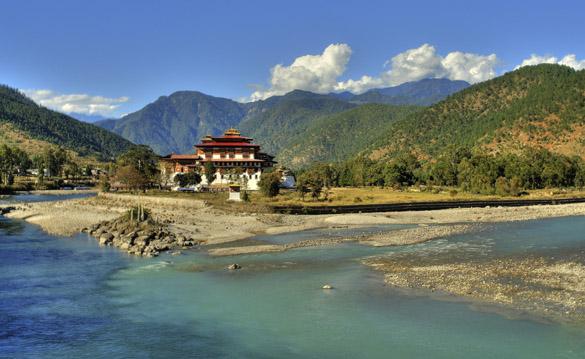 Bhutan “The Land of the Thunder Dragon” is a landlocked country up in the Himalayas and has borders with Tibet, China, Nepal, India and Bangladesh. Living on “the roof of the world” the Bhutanese have kept themselves to themselves for hundreds of years, and only recently discovered cyberspace. Bhutan is a hiker’s paradise; a land of soaring snow-capped peaks, alpine meadows and densely forested hills and ravines with exotic flora and fauna.

Until the early 60s Bhutan was only accessible on foot through Tibet or India, so its no wonder Bhutan is a country less visited. Not only this, but independent travel to Bhutan is prohibited, so all tourists must travel on a pre-planned, pre-paid, guided package tour which becomes very expensive.  With a $200 per day minimum spending per person requirement, this country is not for the budget traveler. 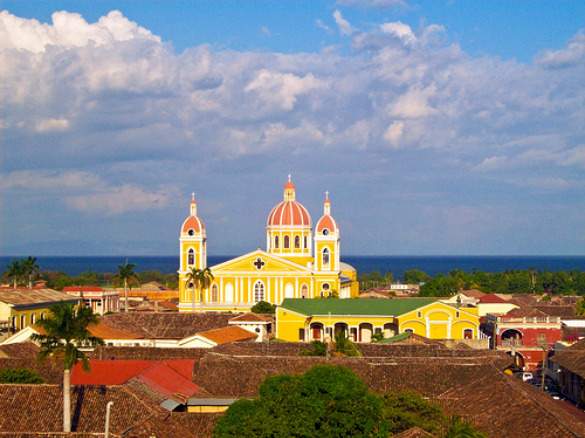 Nicaragua is the largest country in Central America, with the Pacific Ocean on the West and the Caribbean Ocean on the east. Nicaragua has two big lakes and one of them, Lake Nicaragua, houses the only fresh water sharks in the world. It’s a country of action and adventure, where you can surf the beach breaks, climb the volcano, trek the rainforest and explore the colonial city of Granada.

Two small islands in the Atlantic Ocean called the Corn Islands offer a Caribbean vibe with white beaches, tropical blue waters, and magnificent coral reefs. But this amazing country has remained under the radar when it comes to tourism, probably because of the country’s instability; a cruel dictatorship, civil war, earthquakes and hurricane Mitch. But after decades of turmoil Nicaragua is now getting back on its feet and is one of the safest countries in the Americas. You may want to get there soon because its cheapness makes it a budget traveler’s heaven and tourism is steadily growing. 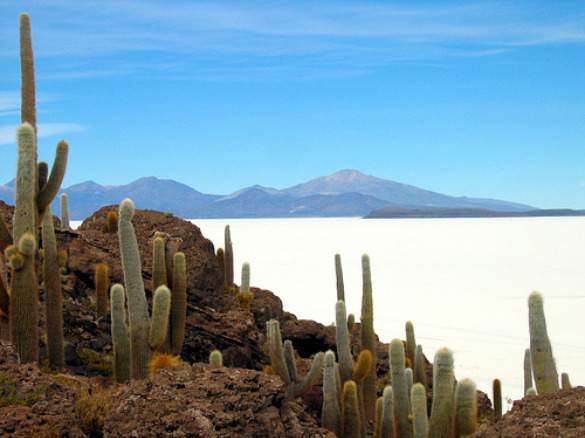 Bolivia is a well-kept secret- while many backpackers head to South America, not so many visit Bolivia. This landlocked country in South America is one of the most remote countries in the western hemisphere and is sometimes known as the “Tibet of the Americas”.

It is the poorest country in South America but rich in natural resources.  Most tourists flock to its neighbor Peru, but Bolivia offers an authentic Latin American cultural experience and you could say it is the most “South American”, with two thirds of the population being indigenous in origin. You may have seen photos of their distinctive dress; petticoats, ponchos and bowler hats.  Bolivia boasts the highest capital city, the highest lake in the world and the largest salt flats. 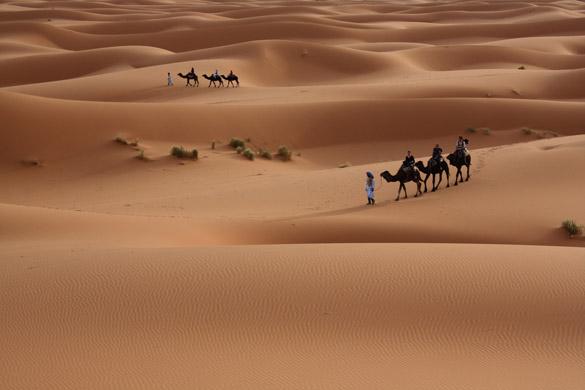 Algeria, in North Africa, is the largest country on the Mediterranean sea and the second largest country on the African continent. Most of Algeria is covered by the spectacular Sahara desert, with the population concentrated in medieval towns in the oases.   Most Algerians live on the coastlands and live on 12% of the land.

Algeria was originally inhabited by the Berbers until the Arabs conquered North Africa in the seventh century. Staying mainly in the mountainous regions, the Berbers resisted the spreading Arab influence, managing to preserve much of their language and culture until the present day. Independent travel is very difficult, however, and visits by foreigners low, as a bitter civil war broke out in 1992, which ended up in the death of more than 150,000 people.  The situation has improved but there are still odd violent attacks, so backpacking without a vehicle is almost impossible. 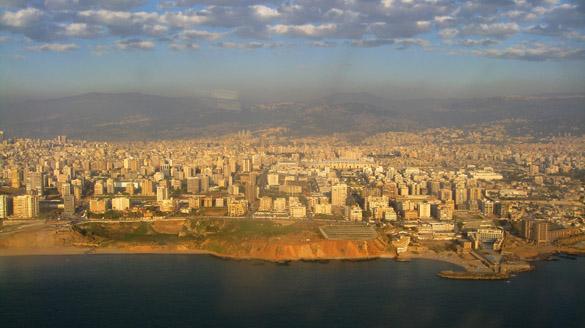 Lebanon is a small charming country in the Middle East on the Mediterranean Sea, with cities that were major seaports and outposts in Phoenican and Roman times. Years of military upheavals, civil unrest and a ban on travel from the US until 1997 have meant that Lebanon remains off the beaten track.

For those into winter sports, Lebanon is great for skiing and snowboarding between December and March. Lebanon is also a great place for sun-seekers who want to hit the golden Mediterranean beaches in summer, nature lovers and those interested in architecture and history. The ancient yet cosmopolitan capital city of  Beirut is known as ‘the Paris of the East’ and has great bars, restaurants and clubs, but if you want to see the ‘real’ Lebanon you will have to venture outside the city.

This ancient land, which features in the Old Testament and the writings of Homer, offers golden beaches, alpine mountains and green agricultural valleys. 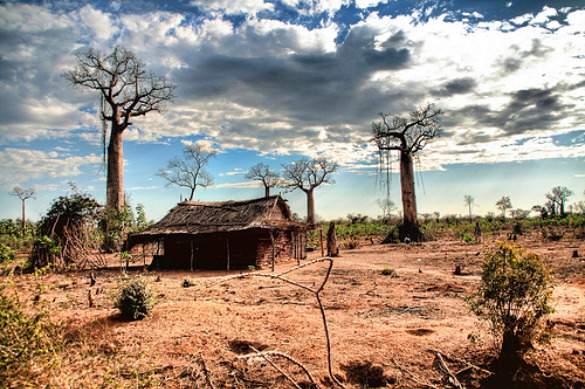 Madagascar is the fourth largest island in the world and lies off the south east coast of Africa in the Indian Ocean.  Around 80% of the animals and plants on Madagascar are unique to the island and the diversity is staggering; there are over 70 different species just of lemur!

If you’ve seen the movie with the same name, you’ll know Madagascar is all about the animals and the animals are weird; see the world’s smallest and largest chameleons and the elephant bird, the biggest bird in the world. Look out for the carnivorous pitcher plant and marvel at the baobabs as you walk down Avenue de Baobab. The sugared coastline has great snorkeling, is littered with shipwrecks and has some cool pirate history. 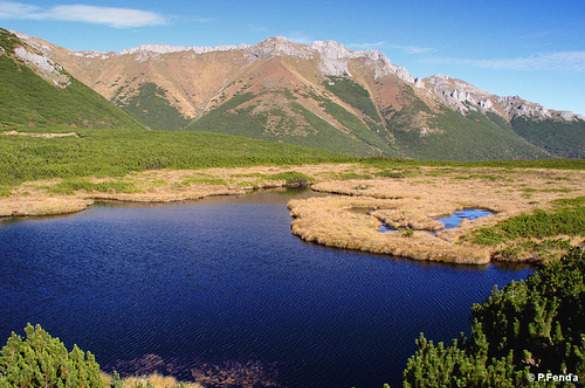 Slovakia, or “Slovensko” in the native language of Slovak, isn’t amongst one of the most well-known destinations, but it is definitely worth paying attention to.  This central European country has everything from alpine peaks, skiing, national parks, forests and rivers to gothic and baroque towns, more castles and chateaus than you can ever imagine, and old-town cafés in Bratislava.

Now that Slovakia has joined the EU, emerged from the communist era and the capital Bratislava is served with a bunch of low cost airlines including Ryanair, Slovakia is becoming a great option for traveling. Although prices have gone up it remains relatively cheap compared to the rest of Europe. 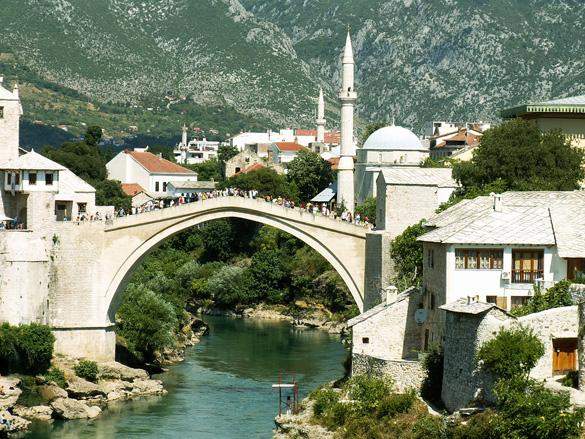 Bosnia and Herzegovina still bears the scars of the Yugaslav wars in the Balkan region in the 1990s and in some regions the countryside is still riddled with mines.  But travelers are starting to put Bosnia and Herzegovina into their itineraries as they realize it has stunning mountain landscapes, a lively café scene in Sarajevo, historic fortresses, old mosques, monasteries and Catholic shrines.

Bosnia and Herzegovina bears evidence of the cultural and architectural influence of two great empires; the country was first dominated by the Turks for 500 years and then briefly by the Austria-Hungarians. The old bridge in the city of Mostar is a highlight, and many people are drawn to Bosnia and Herzegovina for the adventure sports such as river kayaking, rafting, mountain hiking and climbing. 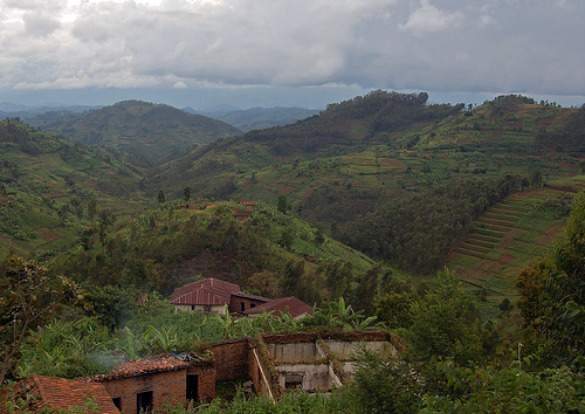 The ‘Land of a Thousand Hills’ is a lush country in Africa with a relatively cool climate because of its high altitude, rolling hills, grassy uplands, mountains, abundant wildlife, lakeshore beaches and stunning natural beauty. The main attraction for travelers is that its dense jungle contains some of the world’s last mountain gorillas, and Rwanda is the best place to view them at close quarters. Rwanda became best known from the movie “Gorillas in the Mist” and the mountain gorillas are a major source of tourism.

Other attractions include the savannah and plains wildlife in Akagera National Park, the biodiversity of Nyungwe rainforest and the beautiful lakeshore beaches around Lake Kivu. Rwanda is unfortunately usually remembered for one of the worst mass genocides in history in 1994 but don’t let that put you off.  Visitors tend to avoid traveling to Rwanda given its tumultuous history, but these days the country has taken leaps and bounds towards recovery.